Mary Ann Caws works on the relations between literature and art, and is the editor of Manifesto: A Century of Isms (2001). Her publications include Pierre Reverdy (2013), the Modern Art Cookbook (2014), Surprised in Translation (2006), Surrealism (2004), and Blaise Pascal: Miracles and Reason (2017). She is a distinguished professor of English, French, and comparative literature at the Graduate Center of the City University of New York, the past president of the Modern Language Association and the American Comparative Literature Association, the editor of the Yale Anthology of Twentieth-Century French Poetry, and the translator of André Breton, René Char, Robert Desnos, Paul Eluard, Ghérasim Luca, Stéphane Mallarmé, and Tristan Tzara. 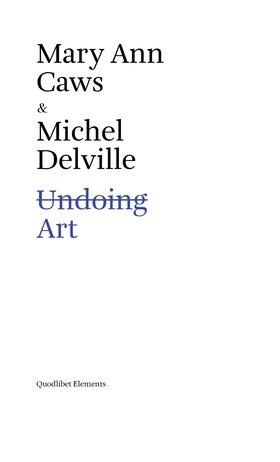