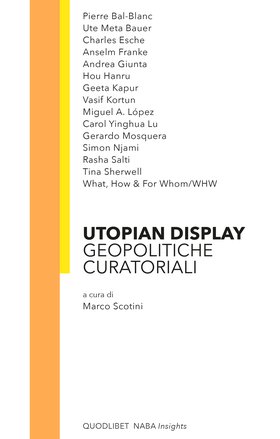 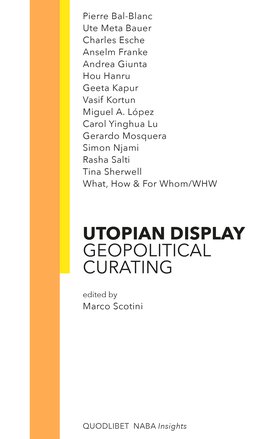 Carol Yinghua Lu, one of the most interesting voices on the Chinese curatorial scene, is here in conversation with Marco Scotini, who for many years has been considering non-Western cultural systems in relation to the premises and effects of globalization. Their discussion responds to questions about art exhibitions in different cultural conditions; the relationship between experimental pedagogy and the neoliberal, Eurocentric professionalization of curating as a career.


Archaeology and the archive are taken by Scotini as curatorial models in order to deconstruct established Western narratives in an attempt to decolonize and bring collective memories back to the fore—to rewrite complex, interwoven, locally situated stories. The idea of the “situated exhibition,” of feminist origin, becomes the preferred tool for tackling the topics of gender, socio political and ecological issues . It is an acception of (or it is a stance of) cross-cultural ecologies in the broadest sense, where social, technical, and biological minorities try to find forms of cultural, anticolonial, anti-patriarchal redemption. The concept of “minor literature” as proposed by Gilles Deleuze and Félix Guattari moves from the philosophical to the exhibition field in order to oppose the indiscriminate homogeneity of current biennials—extended over a global scale. The proposal to consider biennials as exhibition “eco-models” and “minor languages” (the art a minority makes within a major language) means casting aside any claim to universalism in favor of a partisan point of view aimed at peripheral audiences—territorial segments where historic differences are not smoothed over in order to adapt to an international language.
The book Utopian Display (2019), recently edited by Scotini with contributors such as Pierre Bal-Blanc, Anselm Franke, Charles Esche, and Rasha Salti, attempts to respond to these contemporary asymmetries.1 The volume links researches carried out on ex-colonies and gender, from Geeta Kapur’s India to Gerardo Mosquera’s Latin America, from Andrea Giunta’s de-normalization of the iconography of female bodies to Miguel A. López’s queer re-enactment of the past. The geopolitics referred to is, effectively, that of a partisan positioning that requires a radical rethinking of the neoliberalist model that has characterized the figure of the curator for years.