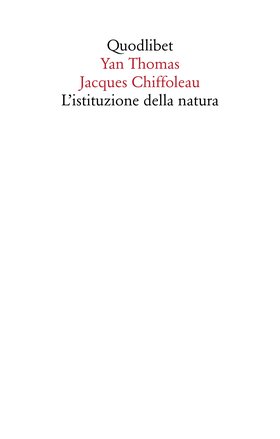 In the cloisters, before the eyes of the brothers while they read [coram legentibus fratribus]— what is that ridiculous monstrosity doing, an amazing kind of deformed beauty and yet a beautiful deformity? […]. You may see many bodies under one head, and conversely many heads on one body […]. In short, everywhere so plentiful and astonishing a variety of contradictory forms is seen that one would rather read in the marble than in books [magis legere libeat in marmoribus, quam in codicibus], and spend the whole day wondering at every single one of them than in meditating on the law of God [in lege Dei meditando] (Bernard, Apologia, 12.29, 283).

In the eyes of Bernard, the main fault of Romanesque grotesques is that their monstrous images, in so far as they transit from one form to the other and create hybrids figures, alter, along the line of the fictional power of language and art, the order of nature (Rudolph 1990, 119-124). Its law is presented here, as in the 12ᵗʰ century sources analysed by Chiffoleau, as one and the same with that of God, which is studied by the monks during their readings in the cloisters, and which should be mirrored, in its ontological order, by any visual reproduction. In this context, nature is therefore at once the phenomenal representation of the metaphysical partition ordered by the law of God, and the imago of its subversive (“contra”) rearrangement resulting from the artifices and fictions of rhetoric and art.
As for modernity, at the point of transition from the Renaissance world, shaped by the newly discovered philosophical and literary Greek tradition, to the cultural hodgepodge—from which the modern subject of subjective law will emerge—stands, as an example of the ambiguity of the modern image of nature, the art of Arcimboldo. In his Composed Heads representing the seasons, he plays with the boundaries between the order of natural continuity and contiguity, the rhetorical compositional implications of art’s fiction, and its metaphysical subversiveness. As Roland Barthes wrote:

If you look at the image close up, you see only fruits and vegetables; if you step back, you no longer see anything but a man with a terrible eye, a ribbed doublet, a bristling ruff (Summer): distance and proximity are promoters of meaning. Is this not the great secret of every vital semantics? Everything proceeds from a spacing out or staggering of articulations. […] What has been combined forms aggregates which can combine again among themselves a second, a third time. I imagine that an ingenious artist could take all of Arcimboldo’s composite heads, combine them with a view to a new effect of meaning, and form their arrangement procedure, for instance, a landscape, a city, a forest (Barthes 1991, 141-142).

An ingenious artist, that is to say, would be able to use the instruments of rhetorical and artistic fiction in order to form ‘ecosystems’ which result from the recombination of the ‘things’ of nature—things that, by virtue of this “mobile painting” (Barthes 1991, 142), are no longer things but assemblages of singular parts, along the line of linguistic and artistic artifices. The “odd mathematics” outlined by the composition of these parts (Barthes 1991, 141) brings us back to the legal “tertium” of the assemblages of singularities that do not add up in a new unity of things or individuals (122). These realities, deriving from the composition of ‘pieces’ of reality, which reshapes the ontological order of nature, hint at something as a mobile mereology that, along with the fictions of language, art, rhetorics, etc., seems to allow for a radical rethinking of the same metaphysical immobility which has informed such an important part of the history of the concept of nature.