QU3 – iQuaderni di U3 / Iranian Cities. An emerging urban agenda at a time of drastic alterations 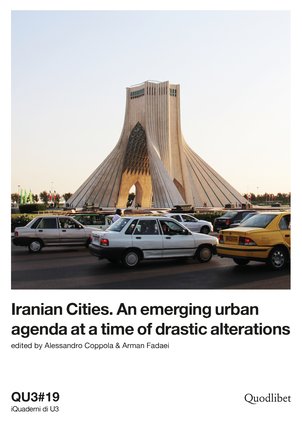 A set of crucial political and economic transformations has had in the last five decades a direct and significant impact on the material and non-material dimensions of Iranian urbanization. Shifts in the country’s national urban agenda have come hand and in hand with changes in the behaviour of individuals, enterprises and the civil society contributing to the shaping of a new field of tensions that urban scholars are just starting to grasp and address. This special issue of iQuaderni di U3 aims at showcasing debates and case studies touching upon many of these emerging tensions. From the reality of New Towns to the rise of participative practices in cities, from the ever changing nexus between formality and informality in the city economies and sociabilities to the role of public spaces in contemporary protest movements, from the role of gender in emerging urban spatialities to the new forms of politicization of the urban space the issue offers a wealth of critical entry points into the contemporary urban condition in Iran.