Sarah Borden Sharkey
Edith Stein’s Use of Hering’s Wesenheit to Move through Phenomenology to Metaphysics
Acquista PDF
Pubblicato in: 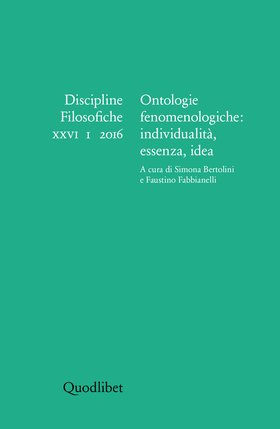 Edith Stein uses Jean Hering’s famous distinction between essences (Wesen) and essentialities (Wesenheiten) as part of her argument for a distinction among three types of being: actual being, mental being, and essential being. This account of being is both one of Stein’s creative contributions to metaphysical discussions and part of what moves her thought in more Scotist, rather than Thomist, directions. This paper will look briefly at the friendship between Hering and Stein and then articulate the role of Hering’s work in enabling Stein to develop her distinctive metaphysical vision in Finite and Eternal Being.